Saturday’s Open Make at the Exploratorium featured metal.  I found Mike Petrich in an animated conversation at the entrance for Open Make, which was an arch of custom metalwork.   Mike along with his partner, Karen Wilkinson, and the Tinkering Studio team did a wonderful job bringing makers and making to the Exploratorium floor. 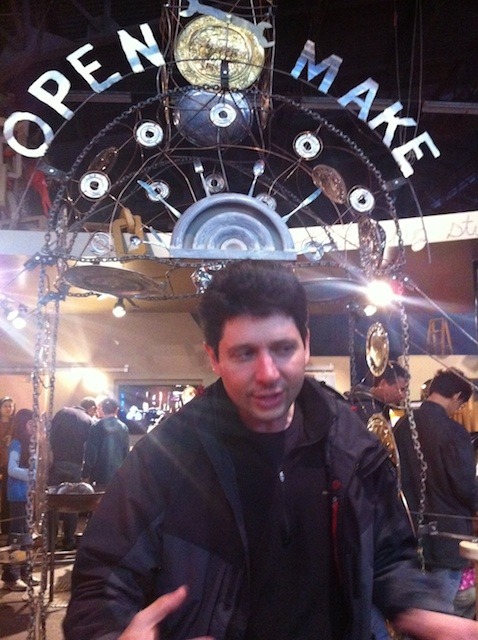 See the full gallery on Posterous

Beijing’s top intellectual-property officials, meanwhile, seem to disagree over what even constitutes counterfeiting. Last year, a debate occurred between the heads of the State Intellectual Property Office and the National Copyright Administration. The dispute revolved around shanzhai, a term that translates literally into “mountain fortress”; in contemporary usage, it connotes counterfeiting that you should take pride in. There are shanzhai iPhones and shanzhai Porsches.

In February 2009, a reporter asked Tian Lipu, the commissioner of the State Intellectual Property Office, whether shanzhai was something to be esteemed. “I am an intellectual-property-rights worker,” Tian curtly replied. “Using other people’s intellectual property without authorization is against the law.” Chinese culture, he added, was not about imitating and plagiarizing others. But one month later, Liu Binjie, from the National Copyright Administration, drew a distinction between shanzhai and counterfeiting. “Shanzhai shows the cultural creativity of the common people,” Liu said. “It fits a market need, and people like it. We have to guide shanzhai culture and regulate it.” Soon after that, the mayor of Shenzhen, an industrial city near Hong Kong, reportedly urged local businessmen to ignore lofty debates about what is and isn’t defined as counterfeiting and to “not worry about the problem of fighting against plagiarism” and “just focus on doing business.”

I am fascinated by cultural attitudes towards knockoffs.

On a day that set a record for heat, the newly opened LVL1 hackerspace east of downtown Louisville hosted an open electronics workshop. Mitch Altman and Jimmie Rodgers were visiting “instructors” along with Matt Mets. I dropped in to meet Chris, John, Brian and Mark, who have organized the new space. There were lots of kids, even a five-year old girl learning to solder.

I also met Cindy Harnett who teaches at the University of Louisville and came to Maker Faire Detroit to present her Salamander sensors project, a network of sensors for monitoring water quality.

The space now occupied by LVL1 was formerly the Okinawa massage parlor, leading me to joke that they could now offer “solder and sauna” specials, especially on a day when the air conditioner struggled to keep up with the 99 degree heat outside. 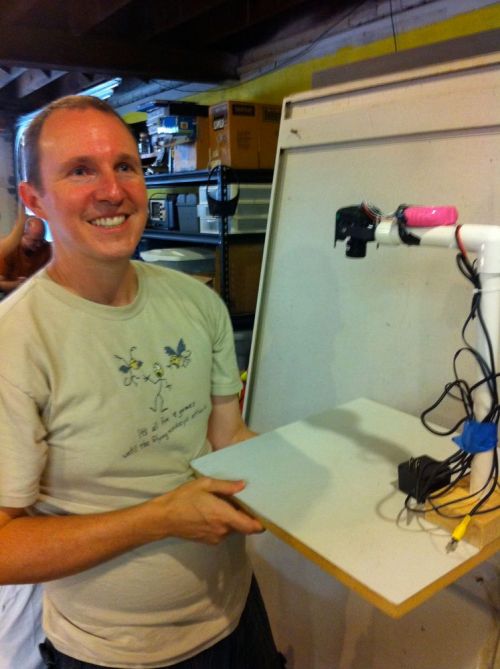 See the full gallery on Posterous

Sent from my iPhone

Posted by Gareth on the Make Blog. Mesmerizing.

I like this short ad for the Detroit Maker Faire at the end of this month.

Last Friday, I joined Richard Hudson and John Park at the Daytime Emmy’s Creative Arts and Entertainment Awards in LA.   Make:TV was nominated for an Emmy in the Outstanding Achievement in Lifestyle programming category.   Nontheless, after sitting through 50 award presentations, we didn’t win, losing out to Martha Stewart.   While we didn’t get to take home any hardware, we did get our picture taken in front of the gleaming statuettes. 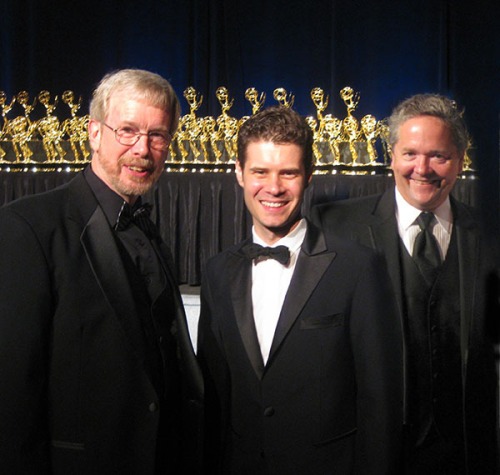